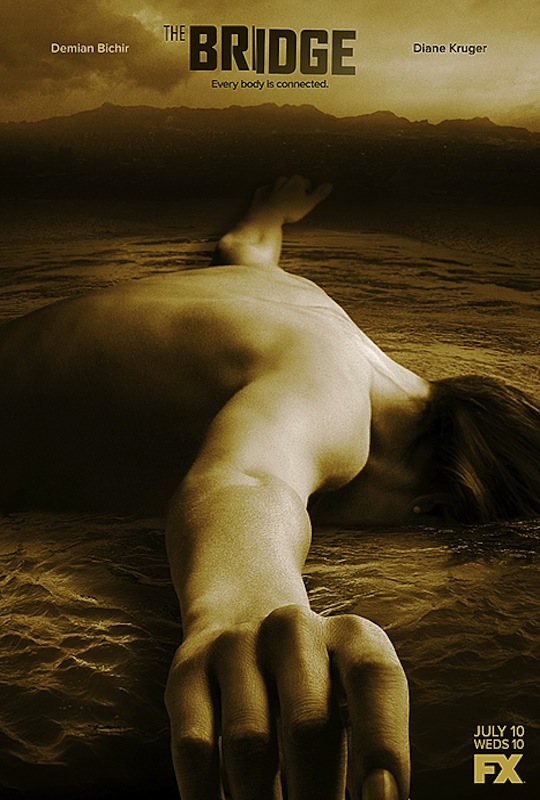 This week’s episode of The Bridge left a lot to be desired. For the most part, this first season has been on and off, but the episodes were interesting, at least. Most of the time, the poor parts of the episodes would be covered by a decent plot twist. “ID” pretty much misses in all of these aspects.Ultimately, it ends up being the most forgettable episode of the series thus far.

My biggest complaint with this week’s episode was that it was, flat out, boring. There was very little going on at all. We do get to check-in with all of the major players, with the exception of Linder, which was nice. I found it interesting that the story didn’t even touch on him at all. I don’t doubt that we will be back on his story soon, but it was still a little shocking that they completely omitted him from the episode. Even though we do get to check-in with everyone, there is basically nothing accomplished. It felt, to me, like this episode was just going through the motions to lead up to next week.

Another big issue this week was some of the not-so-central characters’ roles. To put it simply, they are so damn stupid. It’s almost offensive to watch how dumb they are. Specifically, the worst offenders were Charlotte (Annabeth Gish) and Gina (Cole Bernstein). It was so frustrating to watch both of them. Charlotte is a complete pushover and is basically just there. She decides this week that she can’t do anything for herself, so this random guy is now basically taking over her roll. Gina, though, was, by far, the worst. After randomly wandering into Mexico in last week’s episode, she makes even less sense with her decisions this week. Without giving away too much, she decides to run off from Marco and Sonya, who are protecting her, and right into the arms of danger. Pretty smart, eh?

With everything that didn’t work in “ID,” there was one minor bright spot. This occurred when we finally get some hints into the relationship between Sonya and Hank (Ted Levine). I wasn’t really sure that this was ever going to be explored, but we finally broke through this week. I actually liked how they revealed their relationship. I didn’t necessarily see it coming, so it was appreciated when it came out. It also didn’t just randomly come out, as you’ll see, it actually fits into the plot. Some effort when it comes to writing is definitely appreciated in moments like this.

Again, this was an extremely forgettable episode. You could have skipped this one altogether and not known it when next week’s episode rolls around. Essentially, there wasn’t anything that was contributed to the main plot. Hopefully, we will actually be able to make some progress, starting with the next episode.